With Murcar having one of the best practice facilities in the north east, it is only right that we have 3 coaches who are invested in using the facilities to help the membership lower their handicaps. Whether it be a full swing lesson, putting lesson or short game lesson, we have the facilities to cater to your needs.

Gary Forbes, Head Golf Professional, is available for lessons on 01224 704354. With over 30 years experience in the industry, having played on the Tartan Tour, Gary has achieved a never ending knowledge of the game, in which he shares with students to help improve their game.

Stephen Murray Level 2 Trackman certified, has over 30 years coaching experience. With Stephen introducing Trackman to the club in 2018, he has taken the standard of coaching to a new level. He is able to PROVE what needs to happen in the golf swing with the FACTS TrackMan provide. Stephen is available for lessons on:

PGA Trainee, James Johnston is available for junior coaching between the ages of 8 and 13 on pgajamesjohnston@gmail.com. James in his first year of training and has ran junior camps throughout the school holidays, while also running weekly classes and is also available for 1 to 1 coaching. For availability, please email James for the latest classes and upcoming camps. 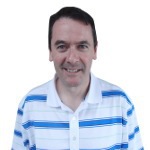 I started playing golf at the age of 4 at Aboyne Golf Club. My Mum and Dad both played as did my four siblings with us all having a combined handicap of 6. As an amateur, I was Club Champion five times in the 80's before turning Professional in 1986. I was based at Murcar Links GC and was Head Assistant to Frank Coutts between 1988 and 1992. For the next four years I worked as a teaching professional at Kippie Lodge sports centre, whilst achieving top 25 in the order of merit on the Tartan Tour. Between this time I coached my sister, Julie Forbes, to her European Tour Victory at the French Open. In 1996 I was appointed Head Golf Professional at Murcar Links and have been honoured to serve Murcar Links ever since. I was part of the Centenary in 2009, when we hosted the Scottish Amateur Stroke Play Championship, and have also seem many European Boys and Girls Championships, 3 Scottish Boys Championships and many Tartan tour events.
Book a Lesson Book a Fitting

Whilst we investigate, please read our page on the email whitelisting and ensure you've added me to your Safe Senders list